The Secret
GLOBAL RESET
AGREEMENT
OPERATION GLADIO
has become the NATO
terrorist Army
HUG THERAPY
Description of
The CRASH
JFK assassination to 9/11,
It's ALL a Rich Man's Trick
TRUMP'S unexpected
NATO bashing effect
THE SYRIAN QUAGMIRE
The TAKE DOWN of
GEORGE SOROS 1
GREECE
The Canary in the Mine
ETHOS
Time to Unslave Humanity
ARTICULOS EN ESPAÑOL
A MESSAGE FROM THE FUTURE
Syrian Conflict Explained
Comment by Rafael Zambrana                                   November 2, 2018

THRIVE
What on Earth will it Take?
The WIKIPEDIA Fraud
COMMENTS
The Main Stream Media (MSM) is a corporate monolith who together with corrupt governments are doing the Brainwashing of the masses in order to compose the narrative desired by the oligarchs who control the country and the world. SYRIA just happened to be geographically at the right position for an oil pipe to go through to serve the European markets benefiting the Saudi family in Arabia and the Sultan in Qatar. However the Syrian leader Assad decided to instead allow Iran and Russia to construct the pipelines, arousing the anger of he Saudis and Qataris who consequently have created "a fake uprising" in Syria to get rid of its leadership and instal a puppet to force its pipe line.
This of course has been kept from the westerner taxpayers knowledge by the corporate brainwashing Western Media, who are not there to inform, but to Brain Wash.
Canada is particularly vulnerable because its Prime Minister Justin Trudeau has accepted at least 250 White Helmets from Syria, together with their families, placing a danger inside the country.
Please check what someone who has had direct contact with the White Helmets in the Syrian conflict says on the matter.

WEAR YOUR MIND AT
ETNIKS.COM 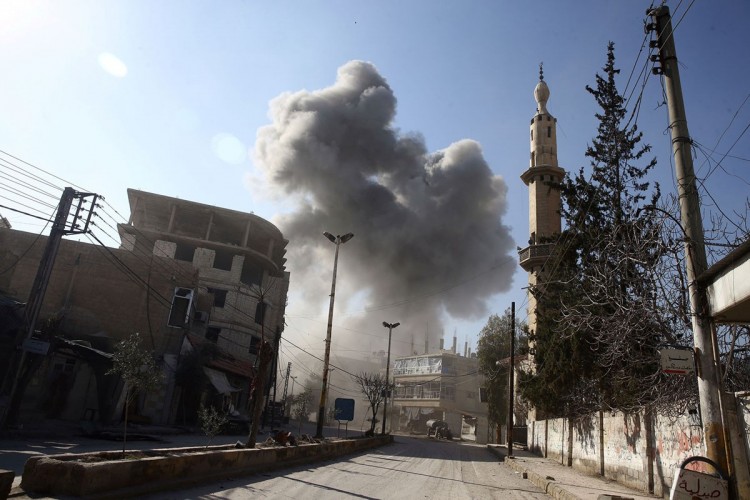