​​        POSITIVE MONEY
Recent Articles
A Clear Explanation of the 2008 Collapse

What this means is we only need 10% of the population to understand how these few individuals are robbing us and enslaving us to transform the narrative society believes in, to stop them.
Roots of US Fascism
Intermingle with
Nazi Germany
OPERATION GLADIO
has become the
NATO terrorist Army
The BIG BROTHER Scam
Description By David Icke
WAKE UP CALL to
Stop the WW3 Madness
ISRAEL'S Slow-Motion
Holocaust of Palestinians
Canadian Air for
Sale in China
JFK to 9/11, everything
is a Rich Man's Trick
Who is JUSTIN TRUDEAU
Canadian Prime Minister
RUSSIAN VICTORY DAY
70 years
Oligarchy Using Democracy
to remain in Power
SECRETS OF OUR TOP ELITES REVEALED
"Only the small secrets need to be protected,
the big ones are kept secret by public incredulity"
Marshall McLuhan

Obama's Artificial
OIL Crisis Boomerangs
back on USA
SOUTH AMERICA SURGES
Rafael Correa
Harvard Speech
ARTICULOS EN ESPAÑOL
The VATICAN Exposed
3 Capitals controlling the World
The Men who Run the US
The oligarchy controlling the world we live in, does it by investing the profits it gets from the debts accumulating during the process to generate the Money Supply.     It's fascinating to see how much these scumbags pay attention to what is being published by tampering with the sound of this video at the 2 hours and 18 minutes mark when David Icke begins to explain how the fraud is done with the Fractional Reserve Banking System creating debts as it is applied.

DEMOCRACY IS A MERE MASK to hide the actual process of control by a minority of families in every country who use their wealth to manipulate the so-called "democratic system" to place those politician puppets they use as their oligarchy fronts.
It is a long video full of information regarding the global situation we're going through today, with the hope we can consolidate our perspectives into a solid resolve to unite in an assertive group of enlightened people to establish the practical bases to start overcoming the relentless attack we suffer from these elites.      For one, we need to establish an INDEPENDENT form of exchanging the goods and services we all require to run our economy.    The Debt-Based type of money we're forced to use by our corrupt governments and bankers has to go, and a campaign to educate every person in the planet as to what we as a society have been suffering from this CABAL of thieves and criminals has to be designed, until it appears "obvious" to the masses.     This will be the only way to stop anyone else to attempt forcing such a scheme on society again.

What is most amazing of this 320 year old criminal fraud, is how easy it has been to fool thousands of millions of people to be so obediently being coerced to not even ask a single question on money as to how it comes into existence, and how it functions once it's conceived.       These criminals have controlled the educational system itself to keep this elemental questions from being asked and researched.    Even at the level of universities specialized on financial matters do not deal with the type of money we are using today in a comprehensive way.

David Icke has been attacked and ridiculed so much, some people are closed minded to what he's pointing out, which is one of the techniques the financial defrauders use to continue with their centuries old scam.
It comes down to each one of us digging into our inner common sense to figure out if what he's saying makes sense or not.
I followed the LINK one of Icke's critics offered as a staunch supporter of a FLAT EARTH theory.    Amazing how people will waste their precious time in trying to prove such nonsense, while so much work is needed in waking up and establishing a separate new independent infrastructure to offer an effective way to live freely.

THE NETWORK OF GLOBAL CORPORATE CONTROL
This research shows how a mere 737 individuals control the 43,000 largest transnational corporations by taking part in their directorships sharing their power to control more than 60% of their profits. 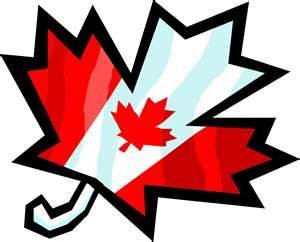 SILENT WEAPONS FOR QUIET WARS
"None are more hopelessly enslaved,
than those who falsely believe they are Free"
-Goethe-