​​POSITIVE MONEY
Vladimir Putin warning to the US and EU
Oligarchy to stop being Deceptive.

What this means is we only need 10% of the population to understand how these few individuals are robbing us and enslaving us to transform the narrative society believes in, to stop them.
Total acceptance of DEATH brings a total acceptance of LIFE without fear
Worker-Owned Cooperatives are the Bridge to the New Socio-Economic Paradigm
US DOLLAR COLLAPSE
EXPLAINED
WORLD BANK's
Karen Hudes brings Light to the economic Shadows
The Truth from The Pulpit on Ukraine
It is ironic that while the vast majority of people in the US is entertained enjoying the Christmas and New Years festivities, thoroughly brainwashed by the Corporate MSM, the planet they inhabit is going through a dire political, dangerous situation behind the scenes, that could destroy everything good they believe in.
According to the US and EU Corporate Media, Russia has fallen back into an Imperialist Mode to renew the old Soviet Union hegemony.

We are being told Russia is starting a new "Cold War", but the facts point  in a very different direction.       The Coup D'etat conducted against the democratically elected Ukraine president Vyktor Yanukovich (according to an intercepted Phone call) orchestrated by Mossad, MI5 and CIA services, is but one of the many actions the corrupt Corporate US and European Media are deceitfully avoiding to disclose.   The motive appears to be the Financial CABAL's, (which controls the corporate MSM), attempts to trigger a Coup within Russia against Vladimir Putin, by other Russian oligarchs to take control of the Russian Central Bank and stop Putin interfering with the Financial Cartel's plan to create panic with the crash of the US dollar, and push all countries to accept the "new" reserve currency they have ready (since an IMF agreement in 2010, called SDR's) controlled by the CABAL in the same manner as the US dollar, with the use of Fractional Reserve Banking forcing everybody to be constantly in debt to the Financial Cartel. 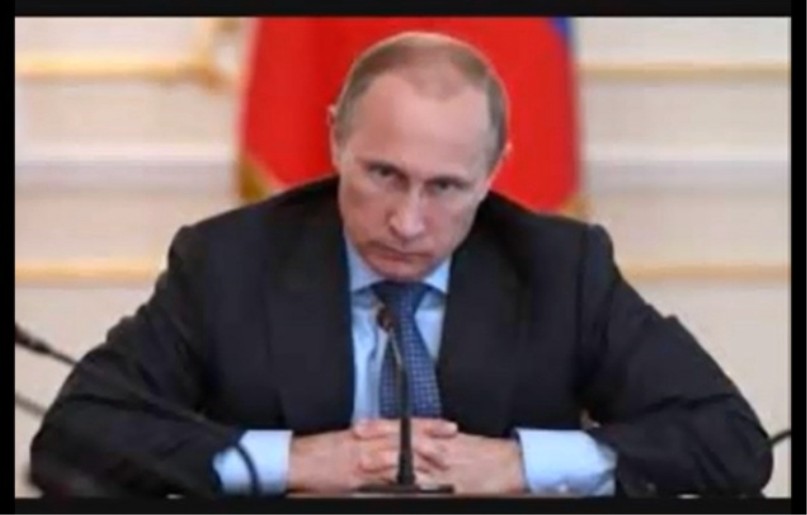 Vladimir Putin's Warning the WEST: Play Time is Over
Below are two versions detailing what Vladimir Putin stated in the above speech since
October 29, 2014 in Sochi where the Winter Olympics gave the Western Media an opportunity to character assassinate V. Putin personally, and Russia as a country, while at the same time this corporate Media wasn't presenting the "News" of the Western COUP being brewed in Ukraine.
China & Saudi Arabia Forcing USD Acquiesce
January 8, 2015

Back in August of 2014, Saudi Arabia signed a multi year energy deal with its largest crude oil customer China. This energy deal was focused more on nuclear energy and solar energy as opposed to crude. The agreement between the King Abdullah City for Atomic and Renewable Energy and Chinese Nuclear Energy Corporation is meant to develop domestic energy projects within Saudi Arabia worth $80 billion for nuclear and $100 billion for solar, between 2014 and 2032.

Saudi Arabia is the largest crude oil producer in the Middle East as well as OPEC. It is also the largest consumer of hydrocarbons, with about 25% of its production being used for domestic needs. The country would like to change that by developing nuclear and solar energy which would allow it to export more of its crude and other hydrocarbon production onto the world market.

China is Saudi Arabia’s biggest trading partner and purchases on average one million barrels of crude a day. Chinese companies are becoming heavily invested with Saudi industrial and infrastructure projects. These projects within the country will increase the demand for power, transportation, industry, and desalination, increasing domestic crude consumption from 3.4 million barrels per day in 2010 to 8.3 million barrels per day by 2028.

The expansion of credit fueled shale oil development in North America, and elsewhere, like Russian development, has driven up production over supply demands. OPEC members, who now have conflicting oil price policies, as determined by the mandates of low cost producers, such as Saudi Arabia, and high cost producers, such as the United States and Iran, support the eventual fragmentation of the cartel as discussed in the post The End of OPEC.

With the end of QE monetary policies the source of high risk and easy credit has been removed and the economic fundamentals will now begin returning to the world markets, both equity and commodity. The decrease in oil prices is being promoted as an oversupply, but with the realization of the deepening deflation situation, as being experienced in Europe, and elsewhere silently, the focus will shift to the decrease in the demand for crude as the problem.

With no new QE or credit injection programs coming forth, the global markets will soon adjust to the deflation which is taking place. The over production of crude at that time will cause the price of oil to collapse even further, perhaps even into the $20 per barrel range.

The adjustment to equities, stock markets, and the speculation which has occurred over the last 7 years is making itself very visible in the price of oil, but will soon spread to other areas of the economy.

The source of easy credit is found in the low interest rate policies of the central banks. These lows rates are causing a flood into the USD as the currencies of the emerging markets are being depreciated. The appreciation in the USD is causing considerable pressure on the existing exchange rate regime.

This pressure is already manifesting itself throughout Europe and Asia and is allowing the United States to continue delaying reform policies to the international monetary framework. But these delays will not last indefinitely, as the squeeze created by Saudi Arabia is forcing the crude oversupply to continue. While at the same time demand is beginning to decrease further due to the deflation which is inherent in the removal of easy credit.

The United States is using the amount of USD in the foreign reserve accounts around the world as leverage to delay monetary reform to buy time in order to implement broader geopolitical and economic strategies to secure further advantage in the emerging multilateral system.

The BRICS countries have been putting pressure back on the USD by limiting the amount of accumulation in the foreign reserve accounts. This is achieved by using more Chinese renminbi denominated assets as opposed to USD denominated assets. This decreases the flow back into the United States as part of the balance of payments system which in turn decreases the domestic requirement for sources of high risk easy credit.

Reluctantly the United States will accept the multilateral monetary framework as it removes the dollar as the primary reserve currency used in the international system. This will correct the deficit in the balance of payments system and lean to further correction in the exchange rate regimes.

The additional subjective relationship between Chinese interest and Saudi Arabian interests are found in the attempts to eliminate high risk and easy credit in the United States, which ahs fueled the shale oil boom. A boom which has increased supply and put all oil producers under the pressure of cutting production.

Saudi has been very vocal about not cutting production and driving out the high cost competitors in the industry.

The existing monetary framework is beginning its tremendous shift towards the multilateral and the price depreciation in oil is only the beginning. The alternative sources of energy, such as nuclear and solar, will continue to develop and be funded by SDR liquidity. New geopolitical alliances are being constructed and the world of 2016 will be profoundly different than the one that just started. – JC