Jeffry Epstein US
​in-Justice
THRIVE
What on Earth will it Take?
COMMENTS
WEAR YOUR MIND AT
ETNIKS.COM

What are the Yellow Vest Doing?
Is the Crash Imminent?
The Global RESET
US Dollar in Danger
The BBC Syria HOAX
Juan Guaido's adventures in Caracas
The ECONOMY Stupid
Explaining SYRIA Today
Russian Video Tour

The DEBT Trap Explained
Nazis in USA
Big Brother is
​Watching You
The ONLY Survival
Democratic Party
​2020 Elections
CAPITALISM REAL NATURE
Biden’s Cabinet: a Return to Ruling Class Politics
Lying is as American as Cherry Pie
Comment: ​ by Wendel Cox                  April 6, 2021
​
APRIL 6, 2021
Lying is as American as Cherry Pie
​(To Name the Continent "America" a Lier is obviously false.  This title is meant for the country USA,  editor)
​BY PAUL STREET
​A few weeks ago, someone going as “R. Tillman” spent a chunk of change to place a small add in The New York Times saying that “LYING IS UN-AMERICAN.”
I had to laugh. Mr. or Ms. Tillman was likely thinking of Donald Trump’s big lie that the 2020 election was stolen and perhaps of some other among many thousands of fibs told by the record-setting dissembler Trump.
I don’t like lies or (I am guessing) Trump any more than R. Tillman but who is he or she trying to kid?
​
Lying is as American as cherry pie.
Which reminds me, the story that young George Washington broke down and told his father he cut down a cherry tree “because I cannot tell a lie” is a lie. It was made up by the early Washington biographer Mason Lock Weems for the fifth edition of his popular volume The Life of Washington (1806).
​
Here’s another lie: “George Washington was a great man.” Not true. He was a vicious killer of Native Americans known to the Iroquois as Conoctocaurious, meaning “Town
​Taker,” “Burner of Towns,” and “Town Destroyer.” In 1779, during the American War for Independence, Washington ordered and organized the Sullivan Campaign, which carried out the genocidal destruction of 40 Iroquois villages in New York.
​
Along the way, the glorious Father of Our Country owned more than 300 Black slaves. He expected the Black chattel humans on his 1790s Mount Vernon estate to work from before sunrise to after sunset six days a week. At the end of the U.S. “revolutionary” war, he demanded that the British return all escaped slaves in their possession to their “rightful owners.”
Washington’s “American Revolution” was based on a great lie embedded in the opening of the second paragraph of the July 4, 1776 Declaration of Independence: “We hold these truths to be self-evident, that all men are created equal, that they are endowed by their Creator with certain unalienable Rights, that among these are Life, Liberty and the pursuit of Happiness.–That to secure these rights, Governments are instituted among Men, deriving their just powers from the consent of the governed,…”
​
The nation’s revered Founders did not believe these supposedly self-evident things when it came to Black, Indigenous, and female people, all of whom fell outside their racial nationalist and male-supremacist definition of legitimate citizenship. As militant propertarians, they didn’t view poor whites as worthy of equal rights either. And the Founders were more than happy to impose social and political regimes that oppressed the nonwhite, female, and poor without the slightest concern for their subjects’ consent.
​
Seventy-eight years after the Declaration of Independence, which signaled a break off from Britain that led to the significant expansion of North American slavery and “Indian removal” (ethnic cleansing), the escaped slave and abolitionist Frederick Douglass asked “What, to the American Slave, is Your 4th of July?”:
​“I answer: a day that reveals to him, more than all other days in the year, the gross injustice and cruelty to which he is the constant victim. To him, your celebration is a sham; your boasted liberty, an unholy license; your national greatness, swelling vanity; your sounds of rejoicing are empty and heartless; your denunciations of tyrants, brass fronted impudence; your shouts of liberty and equality, hollow mockery; your prayers and hymns, your sermons and thanksgivings, with all your religious parade, and solemnity, are, to him, mere bombast, fraud, deception, impiety, and hypocrisy — a thin veil to cover up crimes which would disgrace a nation of savages.

​​There is not a nation on the earth guilty of practices, more shocking and bloody than are the people of these United States, at this very hour.”
​
The Fourth of July, in other words, was a Big Lie.
​
More lies followed. Contrary to its aristo-republican claim to have introduced “popular government,” the U.S. Constitution was a profoundly un- and even anti-democratic document crafted to preserve and codify the oligarch rule of the wealthy Few. It was expertly and explicitly designed to keep at bay the Founders’ ultimate nightmare: popular sovereignty.
Andrew Jackson’s claim to have ordered Indian Removal (what would today be called genocidal ethnic cleansing) from concern for Indigenous First Nations people’s happiness and health was gravely disingenuous. The longtime Indian killer and slaver Jackson was clearing obstacles for the expansion of cotton slavery across the southern and western frontier and for the settlement of surplus white populations piling up in the eastern seaboard.
​
The description of the white Americans who spread across the United States in the late 18th and 19th Century as “settlers” was a really big lie. From the perspective of the continent’s original inhabitants, animal and human, and from the perspective of livable ecology, the Euro-American hordes were invading un-settlers and indeed great destroyers.
​
There was nothing settling about being worked and whipped to death as a slave on one of the forced labor camps that Jackson’s fellow slave-owners set up on land robbed from the Cherokee and Choctaw in Georgia and from other Native peoples across the burgeoning southern cotton belt. “Settlers,” right.
​
Further north, the so-called Black Hawk War of 1832 was a viciously one-sided and genocidal affair. After some of their warriors dared to challenge the occupation and appropriation of their sacred lands by white “settlers,” the Sauk and Fox Indians lost 600 people, including hundreds of woman and children. in the August 1, 1832 “Battle of Bad Axe,” on the eastern shore of the Mississippi River, near the present-day community of Victory in southwest Wisconsin. “While the Sauk refugees were preparing rafts and canoes,” historian Kerry Trask writes, “the armed [U.S.] steamboat Warrior arrived, whereupon Black Hawk tried to negotiate with its troops under a flag of truce. The Americans opened fire, killing twenty-three warriors.”
​
“As we neared them,” one US officer who “served” in the U.S. assault recalled, “they raised a white flag and endeavored to decoy us, but we were a little too old for them.” Hundreds of Sauk and Fox men, women and children were shot, clubbed, and bayoneted to death at the confluence of the Bad Axe and Mississippi Rivers on August 2nd. US soldiers scalped the dead. They cut long strips of flesh from dead and wounded Indians for use as razor strops. The slaughter was supported by cannon and rifle fire from the Warrior, which picked off tribal members swimming for their lives. The United States suffered 5 dead in the “Battle of Bad Axe.”

​In a popular account of the “battle” published two years later, U.S. Major John Allen Wakefield offered some interesting reflections. “It was a horrid sight,” Wakefield wrote, “to witness little children, wounded and suffering the most excruciating pain, although they were of the savage enemy, and the common enemy of the country…It was enough to make the heart of the most hardened being on earth to ache” But, Wakefield wrote, “I must confess, that it filled my heart with gratitude and joy, to think that I had been instrumental, with many others, in delivering my country of those merciless savages, and restoring those [invading white] people again to their peaceful homes and firesides.”
By Wakefield’s account, the US troops at Bad Axe “shrank not from their duty. They all joined in the work of death for death it was. We were by this time fast getting rid of those demons in human shape… the Ruler of the Universe, He who takes vengeance on the guilty, did not design those guilty wretches to escape His vengeance…” It was an unsettling read.
The top “demon in human shape” – “chief” Black Hawk – escaped death and lived six years beyond the “war” (slaughter) that bore his name. He was sent to a US reservation in Iowa after US President Andrew Jackson (himself a famous and prolific Indian-killer) had Black Hawk paraded across Eastern cities as a celebrity freak and war booty – an exotic savage held up to gawking white crowds as proof of the United States military’s alleged prowess in defeating barbarian brutes.
The “Black Hawk War” was a lopsided campaign of ethnic cleansing that pushed all northern Illinois’ surviving original inhabitants west of the Mississippi.
The commonplace white American “settler” notion of pre-conquest North America as an uninhabited “wilderness” was of course a bald-faced lie. One can look no further than Encyclopedia.com to learn the following:​

​Obama didn’t believe a word of this. In October of 2016, Obama said this to Hillary’s lame vide presidential candidate Tim Kaine: “Tim, remember,” Obama said by phone, “this is no time to be a purist. You’ve got to keep a fascist out of the White House.”
It was an accurate observation, born out in subsequent years, but never voiced in public by Obama.
I could go on. A real catalogue of great U.S,-American lies could run for many volumes.
Paul Street’s new book is The Hollow Resistance: Obama, Trump, and Politics of Appeasement.​ 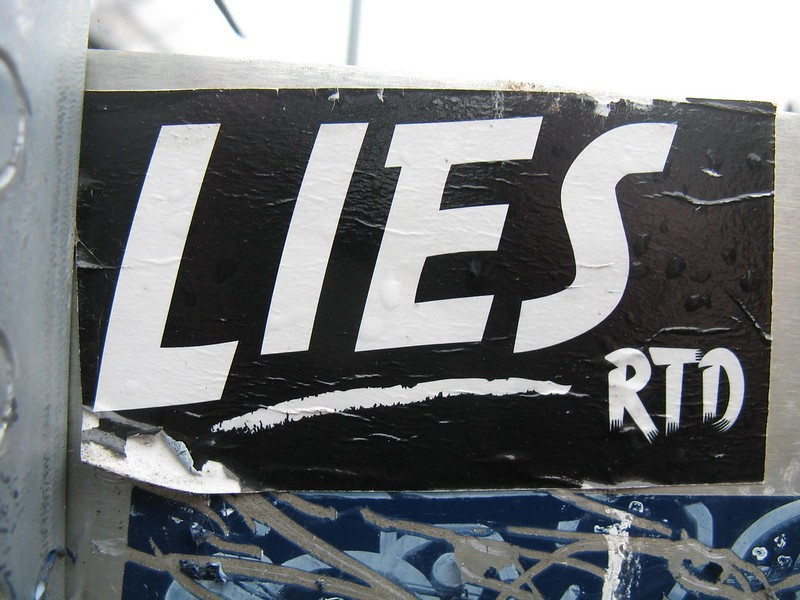 Lying is as Gringo as
​Cherry Pie