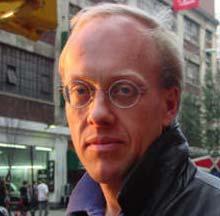 Rise Up or Die

By ​Chris Hedges
​
Joe Sacco and I spent two years reporting from the poorest pockets of the United States for our book “Days of Destruction, Days of Revolt.” We went into our nation’s impoverished “sacrifice zones”—the first areas forced to kneel before the dictates of the marketplace—to show what happens when unfettered corporate capitalism and ceaseless economic expansion no longer have external impediments. We wanted to illustrate what unrestrained corporate exploitation does to families, communities and the natural world. We wanted to challenge the reigning ideology of globalization and laissez-faire capitalism to illustrate what life becomes when human beings and the ecosystem are ruthlessly turned into commodities to exploit until exhaustion or collapse. And we wanted to expose as impotent the formal liberal and governmental institutions that once made reform possible, institutions no longer equipped with enough authority to check the assault of corporate power.

What has taken place in these sacrifice zones—in postindustrial cities such as Camden, N.J., and Detroit, in coalfields of southern West Virginia where mining companies blast off mountaintops, in Indian reservations where the demented project of limitless economic expansion and exploitation worked some of its earliest evil, and in produce fields where laborers often endure conditions that replicate slavery—is now happening to much of the rest of the country. These sacrifice zones succumbed first. You and I are next.

Corporations write our legislation. They control our systems of information. They manage the political theater of electoral politics and impose our educational curriculum. They have turned the judiciary into one of their wholly owned subsidiaries. They have decimated labor unions and other independent mass organizations, as well as having bought off the Democratic Party, which once defended the rights of workers. With the evisceration of piecemeal and incremental reform—the primary role of liberal, democratic institutions—we are left defenseless against corporate power.

The Department of Justice seizure of two months of records of phone calls to and from editors and reporters at The Associated Press is the latest in a series of dramatic assaults against our civil liberties. The DOJ move is part of an effort to hunt down the government official or officials who leaked information to the AP about the foiling of a plot to blow up a passenger jet. Information concerning phones of Associated Press bureaus in New York, Washington, D.C., and Hartford, Conn., as well as the home and mobile phones of editors and reporters, was secretly confiscated. This, along with measures such as the use of the Espionage Act against whistle-blowers, will put a deep freeze on all independent investigations into abuses of government and corporate power.

Most news sources are funded by corporations and investors. Their goal is to drive people to advertisers while pushing the corporate agenda. NationofChange is a 501(c)3 organization funded almost 100% from its readers–you! Our only accountability is to the public. Click here to make a generous donation.

Seizing the AP phone logs is part of the corporate state’s broader efforts to silence all voices that defy the official narrative, the state’s Newspeak, and hide from public view the inner workings, lies and crimes of empire. The person or persons who provided the classified information to the AP will, if arrested, mostly likely be prosecuted under the Espionage Act. That law was never intended when it was instituted in 1917 to silence whistle-blowers. And from 1917 until Barack Obama took office in 2009 it was employed against whistle-blowers only three times, the first time against Daniel Ellsberg for leaking the Pentagon Papers in 1971. The Espionage Act has been used six times by the Obama administration against government whistle-blowers, including Thomas Drake.

The government’s fierce persecution of the press—an attack pressed by many of the governmental agencies that are arrayed against WikiLeaks, Bradley Manning, Julian Assange and activists such as Jeremy Hammond—dovetails with the government’s use of the 2001 Authorization for Use of Military Force to carry out the assassination of U.S. citizens; of the FISA Amendments Act, which retroactively makes legal what under our Constitution was once illegal—the warrantless wiretapping and monitoring of tens of millions of U.S. citizens; and of Section 1021 of the National Defense Authorization Act, which permits the government to have the military seize U.S. citizens, strip them of due process and hold them in indefinite detention. These measures, taken together, mean there are almost no civil liberties left.


A handful of corporate oligarchs around the globe have everything—wealth, power and privilege—and the rest of us struggle as part of a vast underclass, increasingly impoverished and ruthlessly repressed. There is one set of laws and regulations for us; there is another set of laws and regulations for a power elite that functions as a global mafia.

We stand helpless before the corporate onslaught. There is no way to vote against corporate power. Citizens have no way to bring about the prosecution of Wall Street bankers and financiers for fraud, military and intelligence officials for torture and war crimes, or security and surveillance officers for human rights abuses. The Federal Reserve is reduced to printing money for banks and financiers and lending it to them at almost zero percent interest; corporate officers then lend it to us at usurious rates as high as 30 percent. I do not know what to call this system. It is certainly not capitalism. Extortion might be a better word. The fossil fuel industry, meanwhile, relentlessly trashes the ecosystem for profit. The melting of 40 percent of the summer Arctic sea ice is, to corporations, a business opportunity. Companies rush to the Arctic and extract the last vestiges of oil, natural gas, minerals and fish stocks, indifferent to the death pangs of the planet. The same corporate forces that give us endless soap operas that pass for news, from the latest court proceedings surrounding O.J. Simpson to the tawdry details of the Jodi Arias murder trial, also give us atmospheric concentrations of carbon dioxide that surpass 400 parts per million. They entrance us with their electronic hallucinations as we waiver, as paralyzed with fear as Odysseus’ sailors, between Scylla and Charybdis.

There is nothing in 5,000 years of economic history to justify the belief that human societies should structure their behavior around the demands of the marketplace. This is an absurd, utopian ideology. The airy promises of the market economy have, by now, all been exposed as lies. The ability of corporations to migrate overseas has decimated our manufacturing base. It has driven down wages, impoverishing our working class and ravaging our middle class. It has forced huge segments of the population—including those burdened by student loans—into decades of debt peonage. It has also opened the way to massive tax shelters that allow companies such as General Electric to pay no income tax. Corporations employ virtual slave labor in Bangladesh and China, making obscene profits. As corporations suck the last resources from communities and the natural world, they leave behind, as Joe Sacco and I saw in the sacrifice zones we wrote about, horrific human suffering and dead landscapes. The greater the destruction, the greater the apparatus crushes dissent.

More than 100 million Americans—one-third of the population—live in poverty or a category called “near poverty.” Yet the stories of the poor and the near poor, the hardships they endure, are rarely told by a media that is owned by a handful of corporations—Viacom, General Electric, Rupert Murdoch’s News Corp., Clear Channel and Disney. The suffering of the underclass, like the crimes of the power elite, has been rendered invisible.

In the Lakota Indian reservation at Pine Ridge, S.D., in the United States’ second poorest county, the average life expectancy for a male is 48. This is the lowest in the Western Hemisphere outside of Haiti. About 60 percent of the Pine Ridge dwellings, many of which are sod huts, lack electricity, running water, adequate insulation or sewage systems. In the old coal camps of southern West Virginia, amid poisoned air, soil and water, cancer is an epidemic. There are few jobs. And the Appalachian Mountains, which provide the headwaters for much of the Eastern Seaboard, are dotted with enormous impoundment ponds filled with heavy metals and toxic sludge. In order to breathe, children go to school in southern West Virginia clutching inhalers. Residents trapped in the internal colonies of our blighted cities endure levels of poverty and violence, as well as mass incarceration, that leave them psychologically and emotionally shattered. And the nation’s agricultural workers, denied legal protection, are often forced to labor in conditions of unpaid bondage. This is the terrible algebra of corporate domination. This is where we are all headed. And in this accelerated race to the bottom we will end up as serfs or slaves.

Rebel. Even if you fail, even if we all fail, we will have asserted against the corporate forces of exploitation and death our ultimate dignity as human beings. We will have defended what is sacred. Rebellion means steadfast defiance. It means resisting just as have Bradley Manning and Julian Assange, just as has Mumia Abu-Jamal, the radical journalist whom Cornel West, James Cone and I visited in prison last week in Frackville, Pa. It means refusing to succumb to fear. It means refusing to surrender, even if you find yourself, like Manning and Abu-Jamal, caged like an animal. It means saying no. To remain safe, to remain “innocent” in the eyes of the law in this moment in history is to be complicit in a monstrous evil. In his poem of resistance, “If We Must Die,”Claude McKay knew that the odds were stacked against African-Americans who resisted white supremacy. But he also knew that resistance to tyranny saves our souls. McKay wrote:

If we must die, let it not be like hogsHunted and penned in an inglorious spot,While round us bark the mad and hungry dogs,Making their mock at our accursèd lot.If we must die, O let us nobly dieSo that our precious blood may not be shedIn vain; then even the monsters we defyShall be constrained to honor us though dead!O kinsmen! We must meet the common foe!Though far outnumbered let us show us brave,And for their thousand blows deal one death blow!What though before us lies the open grave?Like men we’ll face the murderous, cowardly pack,Pressed to the wall, dying, but fighting back!

It is time to build radical mass movements that defy all formal centers of power and make concessions to none. It is time to employ the harsh language of open rebellion and class warfare. It is time to march to the beat of our own drum. The law historically has been a very imperfect tool for justice, as African-Americans know, but now it is exclusively the handmaiden of our corporate oppressors; now it is a mechanism ofinjustice. It was our corporate overlords who launched this war. Not us. Revolt will see us branded as criminals. Revolt will push us into the shadows. And yet, if we do not revolt we can no longer use the word “hope.”

Herman Melville’s “Moby-Dick” grasps the dark soul of global capitalism. We are all aboard the doomed ship Pequod, a name connected to an Indian tribe eradicated by genocide, and Ahab is in charge. “All my means are sane,” Ahab says, “my motive and my object mad.” We are sailing on a maniacal voyage of self-destruction, and no one in a position of authority, even if he or she sees what lies ahead, is willing or able to stop it. Those on the Pequod who had a conscience, including Starbuck, did not have the courage to defy Ahab. The ship and its crew were doomed by habit, cowardice and hubris. Melville’s warning must become ours. Rise up or die.

This article was originally posted on Truthdig. 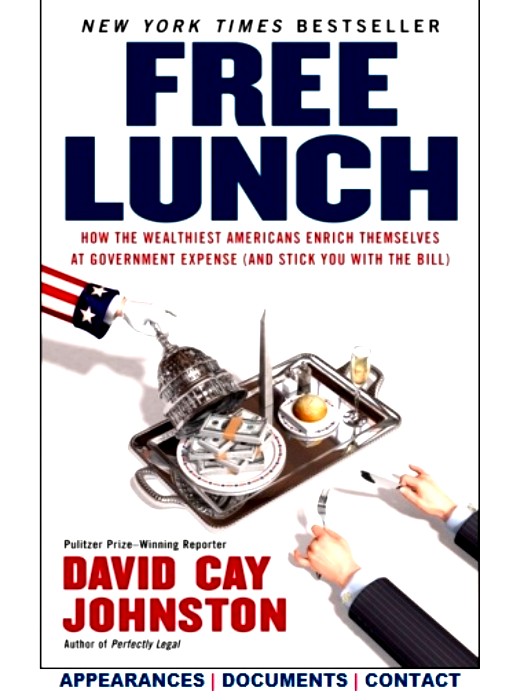