​​POSITIVE MONEY
CHOMSKY on ISRAEL'S BITCH: Obama
​by ​Rafael Zambrana                             September 11, 2013
​
TRAYVON MARTIN
Didn't have a Chance​
Recent Articles
MONEY CREATION:
Finally the Living Truth is Surfacing through the Thick Concrete of Deceit​
CAPITALISM DILEMMA:
Learning How to Die​
"Those who can give up essential liberty to obtain a little
​temporary safety, deserve neither liberty, nor safety"

​Benjamin Franklin
A MESSAGE to all the       INNOCENT people
THE SYRIAN DEBACLE
​and The Syrian Girl
Noam Chomsky gives his views on Obama's speech HERE where he describes a dishonest, cunning, shameless warmonger who is portraying the US as a force of stability when in fact it has destroyed authentic democracies, like the Chilean democratically elected government of Salvador Allende that was demolished by a coup d'eta orchestrated by the US, as just one example of many.

TODAY IS THE 40TH ANNIVERSARY OF THE "OTHER 9/11" IN 1973 IN CHILE
It was followed by a gruesome 17 years of dictatorship by Augusto Pinochet, which is offered by Chomsky as one more proof the USA is far from being the supporter of freedom, free speech and democracy, but instead behaving as the imperialist bully it is.

To properly understand what is happening in Syria and the world, to figure out why is it that Israel's Prime Minister Benjamin Netanyahu gets more applause in the US Congress than Obama himself, we have to see which tail is wagging what dog.
​The picture we're being given is that Obama is the "most powerful man on earth" as the head of the most powerful "democracy" in the world, when in fact
​1- The US is not a true democracy since it practices a ONE PARTY SYSTEM with two factions competing for power, and
​2- the US president is NOT more than a servant to those who truly own most of the world, using debt as their mechanism of control, namely the top international financiers who conduct the money creation through their control of most central banks in the planet.
​
Within this other ​frame of reference, Israel is shown then to be the tip of an unseen huge iceberg, with its voluminous part below being the small group of Zionist financiers who pull the strings of most "elected" politicians in Western Europe, Australia, Canada and the US, using debt to turn them into mere administrators for their hidden empire.    These "elected" leaders from the left or the right,  force their constituents to pay interest and taxes on FAKE DEBTS created by the FRAUDULENT Fractional Reserve Banking System imposed on all of us since before we were born.   In fact most people are not even aware of this process, not even the people working in most banks understand what I am stating here.   I have tried by asking managers and workers of banking institutions and they have no clue they are being used to perpetuate enslavement on the world.

In this frame of reference Israel is shown as a tiny country with a few million people, but having actually more power than at first sight it seems.​​   This is why Obama is portrayed as the bitch of Israel, because he IS if we understand what's under that tip of the iceberg Israel represents.

To see why I say the global debt crisis is based on FAKE DEBTS check the video below.​​​​​​​​​​​​​​​​​​​​​​​​​​
EGYPTIAN KID SHOWS political maturity
Hacked Documents show evidence of US-NATO Framing Syria in chemical weapons attack
YOUR MONEY IS NOT SAFE IN THE BIG BANKS 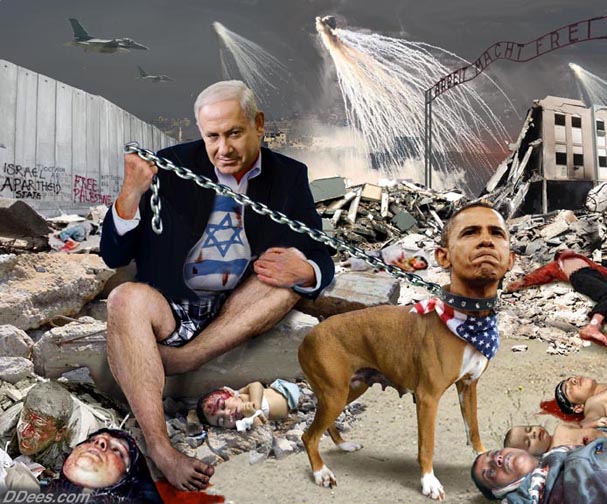 There is nothing tragic about the Obama presidency, capable of drawing the analytical talents of a neo-Plutarch or a neo-Gibbon. This is more like a Pirandello farce, a sort of Character in Search of An Author.

Candidates to Author are well documented - from the Israel lobby to the House of Saud, from a select elite of the industrial-military-security complex to, most of all, the rarified banking/financial elite, the real Masters of the Universe. Poor Barack is just a cipher, a functionary of empire, whose ''deciding'' repertoire barely extends to what trademark smile to flash at the requisite photo-ops.

There's nothing ''tragic'' about the fact that during this week - marking the 12th anniversary of 9/11 - this presidency will be fighting for its bombing ''credibility'' trying to seduce Republican hawks in the US Congress while most of the warmongers du jour happen to be Democrats.

Republicans are torn between supporting the president they love to hate and delivering him a stinging rebuke - as much as they are aching to follow the orders of their masters, ranging from the American Israel Public Affairs Committee to military contractors. Once again, this is farce - caused by the fact that a man elected to finish off wars is eager to start yet another one. And once again without a United Nations vote.

The White House ''strategy'' in this crucial negotiating week boils down to this; to convince the US Congress that the United States must start a war on Syria to punish an ''evil dictator'' - once again, as bad as Hitler - for gassing children. The evidence? It's ''indisputable''.

Well, it's not ''irrefutable''. It's not even ''beyond-a-reasonable-doubt''. As Obama's Chief of Staff Denis McDonough admitted, with a straight face, it boils down to ''a quite strong common sense test, irrespective of the intelligence, that suggests that the regime carried this out''.

So if this is really about ''common sense'', the president is obviously not being shown by his close coterie of sycophants this compendium of common sense, compiled by a group of top, extremely credible former US intelligence officials, which debunks all the ''evidence'' as flawed beyond belief. To evoke a farce from 12 years ago, this clearly seems to be a case of ''facts being fixed around the policy''.

And to compound the farce, this is not even as much about Syria per se as about ''sending a message to Iran'', code for ''if you keep messing with us, you're going to be bombed.''

Follow the plutocrats
Then there's the ''credibility'' farce. The Obama administration has convoluted the whole world in its own self-spun net, insisting that the responsibility for the ''red line'' recklessly drawn by the president is in fact global. Yet the pesky ''world'' is not buying it.

The Arab street doesn't buy it because they clearly see through the hypocrisy; the desperate rush to ''punish'' the Bashar al-Assad government in Syria while justifying everything the apartheid state of Israel perpetrates in occupied Palestine.

The Muslim world doesn't buy it because it clearly sees the demonization only applies to Muslims - from Arafat to bin Laden to Saddam to Gaddafi and now Assad. It would never apply to the military junta in Myanmar, which was clever enough to engineer an ''opening''; the next day Westerners were lining up to kiss the hem of Burmese longyis.

It would never apply to the Islam Karimov dictatorship in Uzbekistan because ''we'' always need to seduce him as one of our bastards away from Russia and China.

It eventually applies, on and off, to the Kim dynasty in North Korea, but with no consequences - because these are badass Asians who can actually respond to an US attack.

Informed public opinion across the developing world does not buy it because they clearly see, examining the historical record, that Washington would never really be bothered with the sorry spectacle of Arabs killing Arabs, or Muslims killing Muslims, non-stop. The 1980-1988 Iran-Iraq war is a prime piece of evidence.

At the Group of 20 summit last week, the BRICS group of emerging powers - Brazil, Russia, India, China and South Africa - as well as Indonesia and Argentina, clearly stressed that a war on Syria without UN Security Council approval would qualify Obama as a war criminal.

Even among the European poodles ''support'' for the White House is extremely qualified. Germany's Angela Merkel and even France's attack dog Francois Hollande said the primacy is with the UN. The European Union as a whole wants a political solution. It's enlightening to remember that the EU in Brussels can issue arrest warrants for heads of EU governments guilty of war crimes. Someone in Paris must have warned attack dog Hollande that he would not welcome the prospect of read more 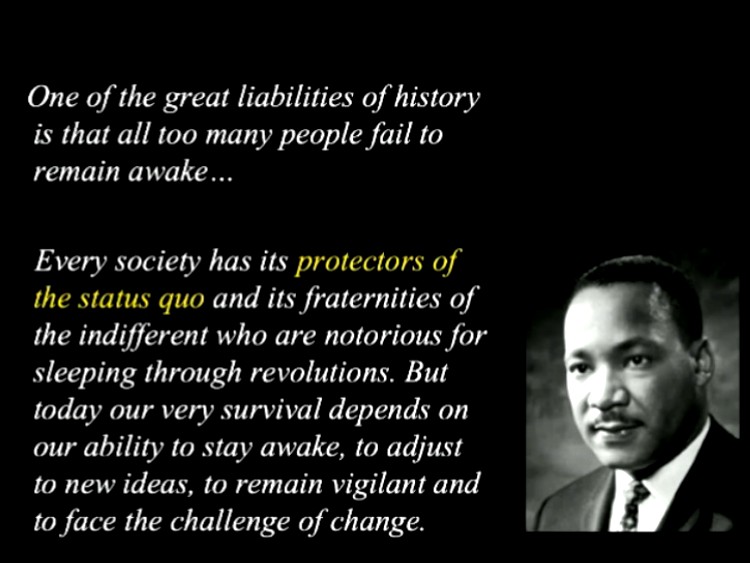 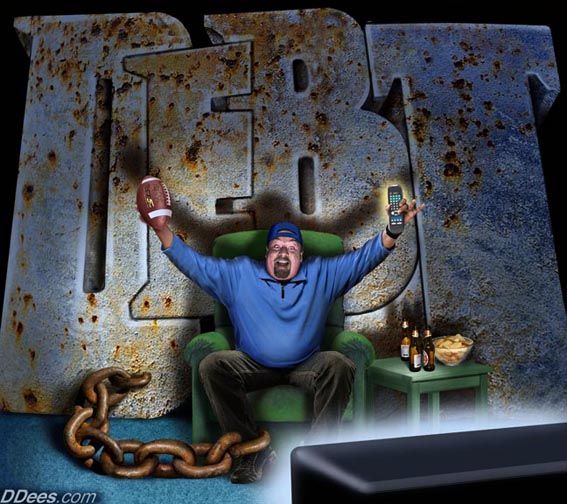 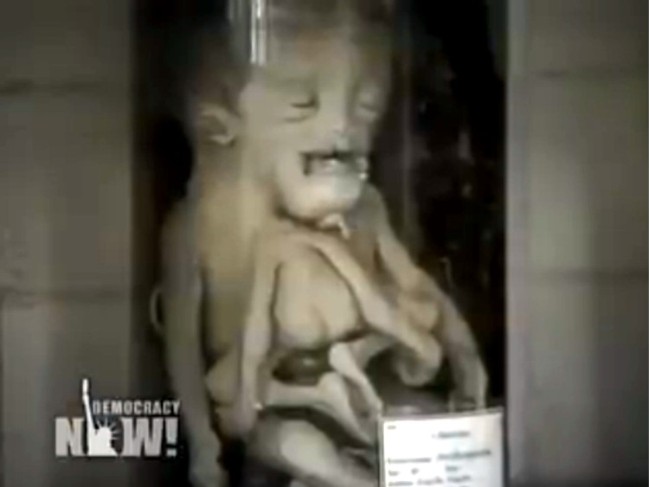 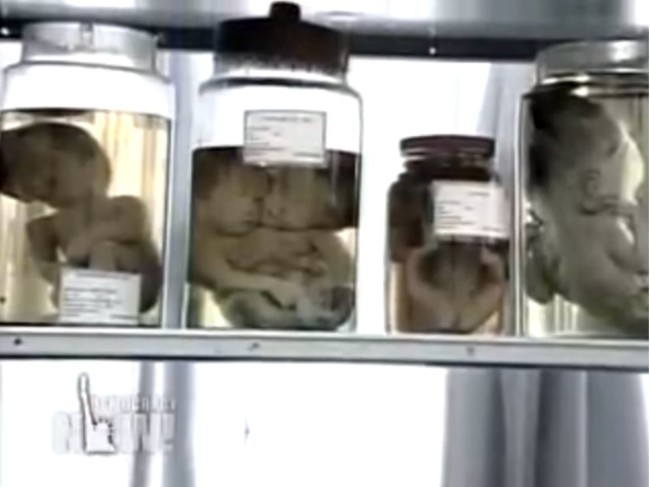 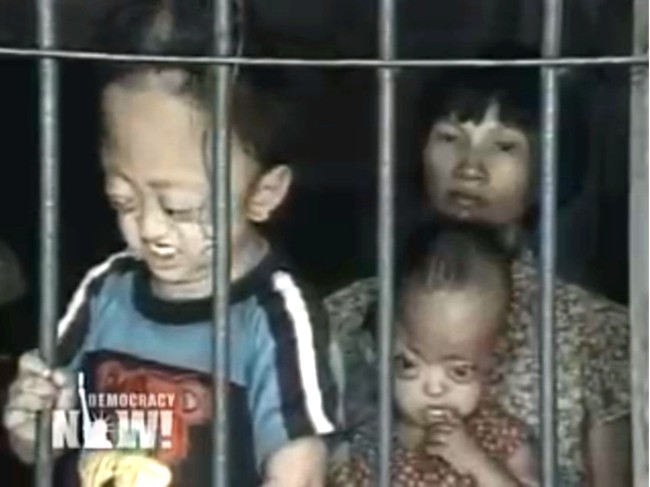 THE WAR THAT KEEPS ON GIVING (DESTRUCTION)
​​UNITED STATES Chemical Attacks on Vietnam are still "attacking" Vietnamese 40 years after they were dropped, as described by Chomsky.The US has no moral authority to be lecturing anyone, still failing to recognize and pay for its Vietnam ongoing destruction. 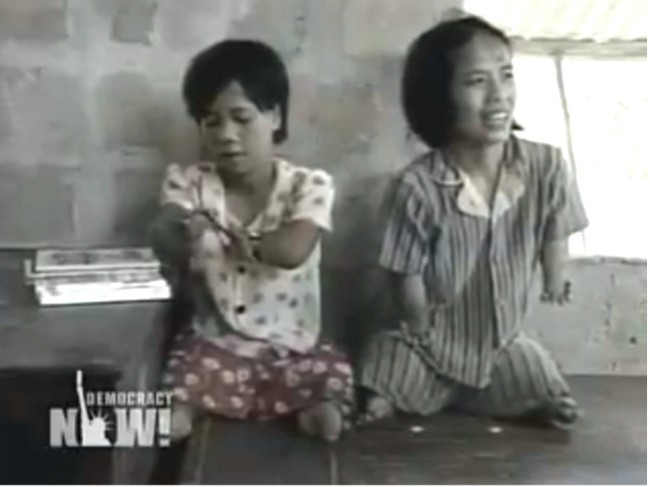 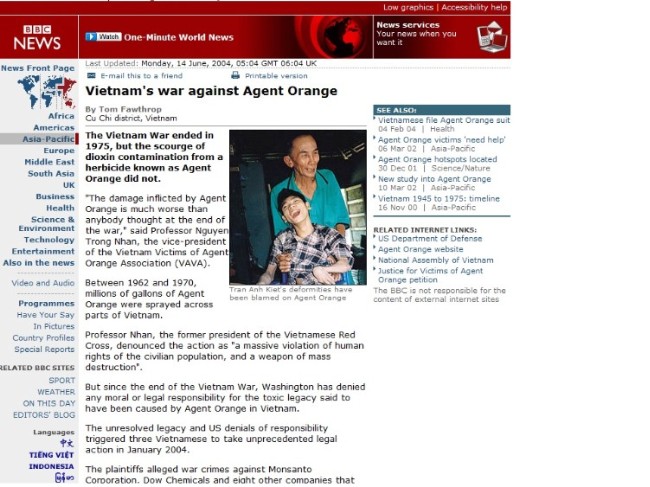 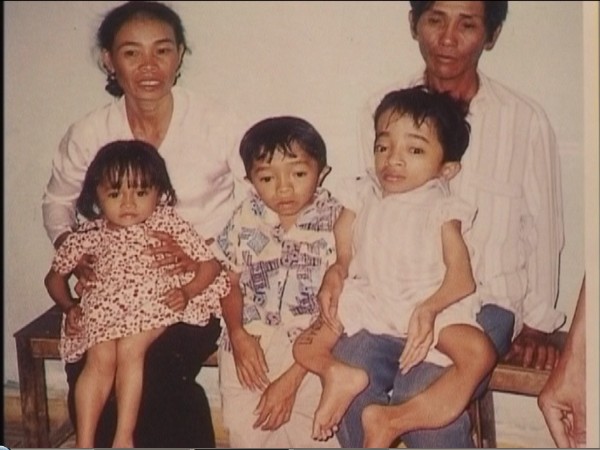 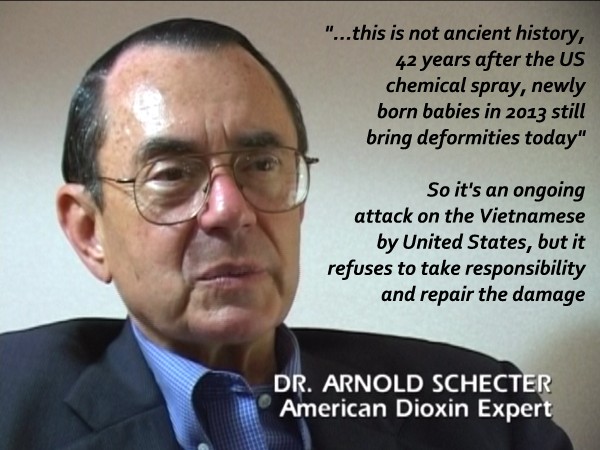 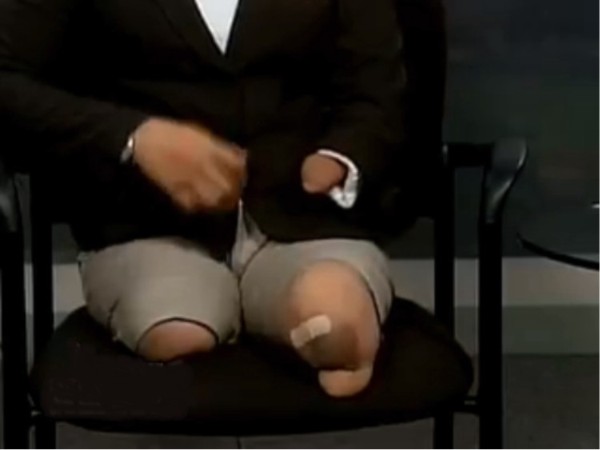 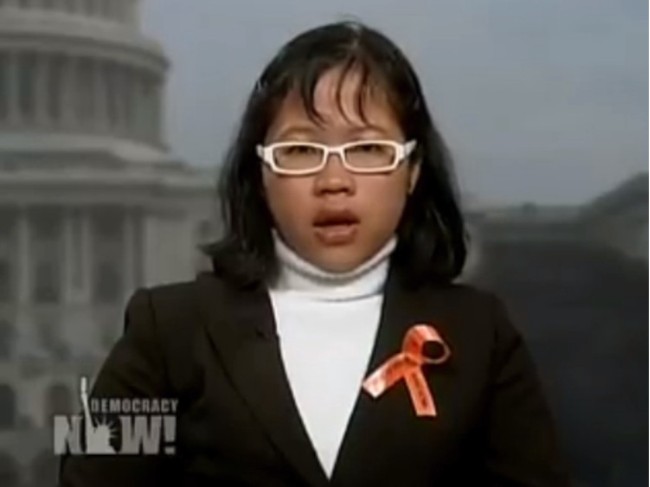